You might consider a 10 block radius this side of the river as "downtown" but there are different areas that each have its special attractions. 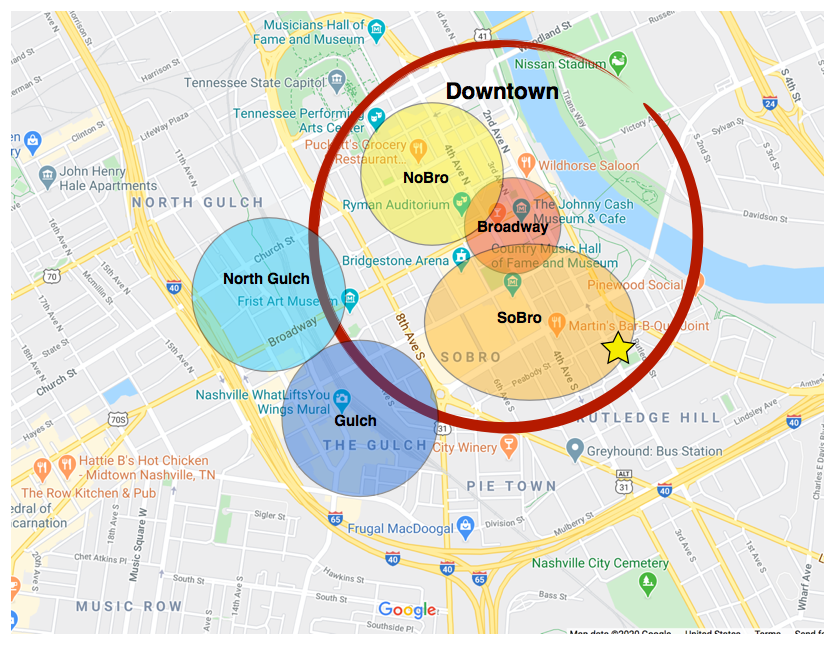 Broadway:  The Honky Tonk bars start Broadway and 1st Ave and go up to about 5th Avenue at Bridgestone Arena - about 50 honk tonks, bars and restaurants in the that five flocks strip.

Also check out:  Walkability  I  Getting around  I  Patios

You're logged in to OwnerRez. Manage this site:
Edit Page Edit Site Logout