There's more to Nashville than Broadway! Depending on how long visit here is and what things you're wanting to do, you may want to explore other areas. Here's an overview of different neighborhoods and some ideas of things to do outside of the downtown footprint. ..Some of my favorite places aren't downtown! 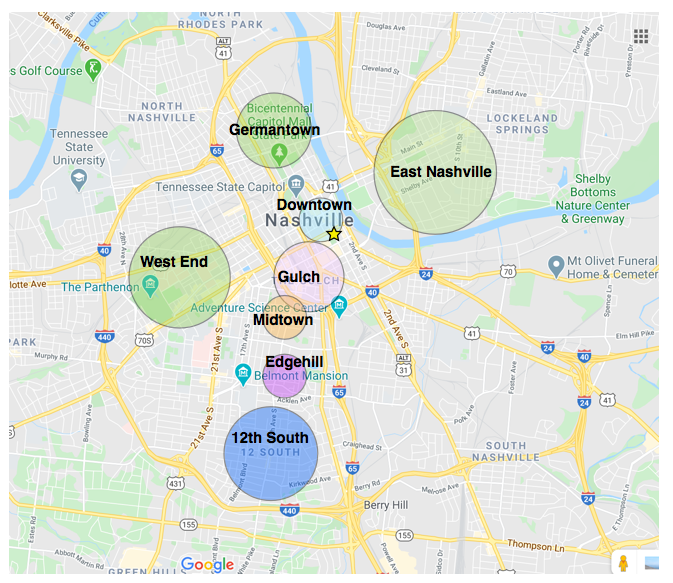 DOWNTOWN:  10 radius from where Broadway starts at the riverfront.

12TH SOUTH: quaint and lively street filled with a nice section of restaurants & shops - One of my favorite areas!

MIDTOWN:  There are several areas that are in or near Midtown:

EAST NASHVILLE:  Across the river is eclectic bars and artsy neighborhoods

You're logged in to OwnerRez. Manage this site:
Edit Page Edit Site Logout